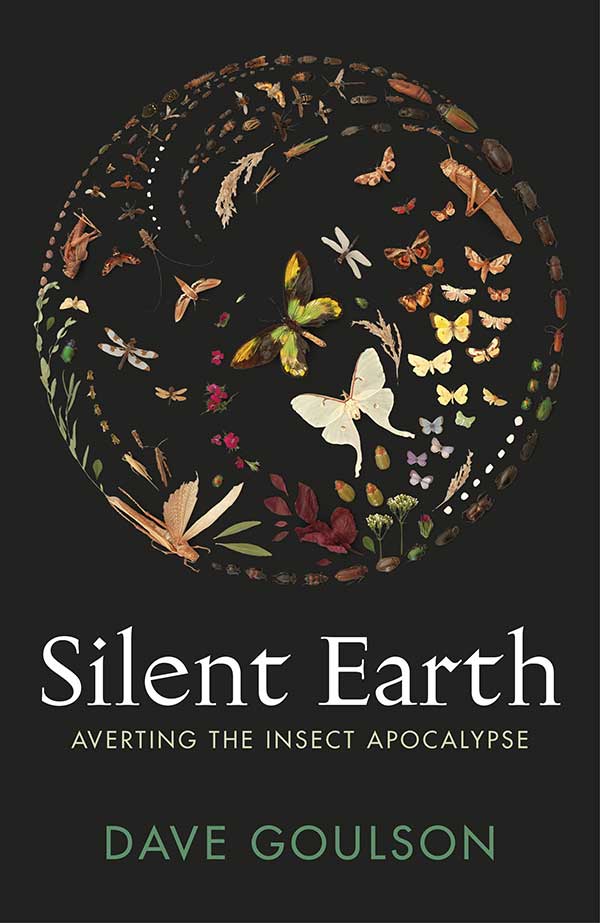 One million types of insects have been identified as living on our planet, and as many as four million are still awaiting discovery. Many have amazing characteristics but, more important, they are the foundations of our survival on this planet. Yet we are killing them on an unimaginable scale. In the last 25 years the biomass (combined weight) of insects has fallen by 75 per cent – victims of pesticides and habitat destruction. ‘We are committing ecocide on a biblical scale’ but the real tragedy is that most of us neither know nor care. By taking us into the world of insects, Dave Goulson makes sure that we cannot use that excuse again.
Publisher: Harper, London. 336 pages.
Price Indications
Amazon €17.98 paperback, €19.99 hardback, €12.56 Kindle
Barnes and Noble $25.99 hardback, $14.99 eBook 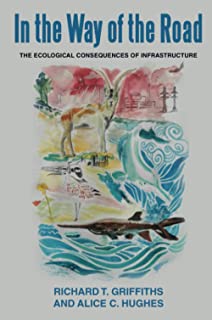 In the way of the Road. The Ecological Consequences of Infrastructure (edited by Richard T. Griffiths and Alice C. Hughes).

We could hardly not recommend our own book. It comprises nine chapters devoted to the consequences for biodiversity in the Eurasian land mass of large infrastructure projects such as China’s Belt and Road Initiative. It covers linear infrastructure such as the construction of roads, railways and pipelines, the provision of renewable energy in the form of solar, wind and hydropower, the building and protection of ports and the challenges of development in the arctic region. It is fully annotated and would serve as a textbook in ecology and environmental planning courses, as well as revealing some seldom discussed implications of providing developing economies with the infrastructure they need.
Publisher: International Institute for Asian Studies. Leiden. 356 pages.
Price Indications
Amazon €24.80 paperback, €57.90 hardback, €9.07 Kindle
Barnes and Noble $22.95 paperback, $60.00 hardback, $8.94 eBook The New Climate War. The fight to take back our planet
(by Michael E. Mann)

The lively book focusses on attempts to avoid responsibility for climate change inaction on the part of citizen sceptics and big fossil fuel producing/consuming industries. The author effectively eviscerates the arguments of climate change deniers and condemns the slide towards ‘doomism’, that has the same effect of tolerating inaction. Pushing the blame onto individual consumption patterns and promoting ‘non-solution solutions’ distract from the real issue, which should be to reduce the world’s reliance on fossil fuels. But the message is hopeful – youth activism is helping to change the discourse and the development new green technologies are beginning to offer realistic alternatives.
Publisher: Public Affairs, New York, 368 pages.
Price Indications
Amazon €14.99 hardback, €12.99 Kindle
Barnes and Noble $29.00 hardback, $15.99 eBook 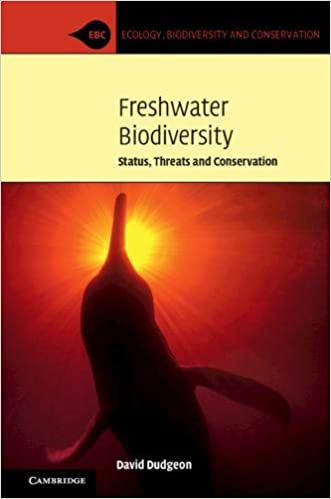 Growing human populations and higher water demands impose ever-greater stresses upon freshwater animals, which are more endangered than their terrestrial and marine counterparts. Pollution, overfishing, introductions of non-native species, and flow alterations have caused a ‘great thinning’ and declines in abundance of freshwater animals, a ‘great shrinking’ in body size as large species are lost, and a ‘great mixing’ whereby the introduction of non-native species has homogenized previously dissimilar communities in different parts of the world. Climate warming will alter global water availability, and exacerbate other threat factors. What can be done to value, protect and conserve freshwater biodiversity?
Publisher: Cambridge UP, Cambridge. 514 pages.
Price Indications
Amazon €43.70 paperback, €83.49 hardback, €24.42 Kindle
Barnes and Noble $44.99 paperback, $89.99 hardback, $27.49 eBook

This site is devoted to facilitating a fact-based discourse on these complex issues by providing access the necessary statistical data, to the policy proposals and evaluations and to the findings of the most recent scientific research.
All images on this website are subject to copyright.